Tray unstacker with a storage module

Tray unstacker with a storage module

The tray unstacking equipment with a storage module, a great technical breakthrough, since thanks to an integrated storage tank, allows a regular flow of trays for a long period of time, thus optimizing the packaging process.

This mechanism is composed of a storage module and a tray dispenser. Both mechanisms are a strong and complete set which makes the unstacking process develop in a fast and autonomous way, always ensuring the maximum productivity.

During the production process, a worker loads the tray storage module, a module that is ready to accommodate several stacks of trays. This mechanism automatically supplies the tray dispenser. When the photocell detects that the thread dispenser runs out of containers, the storage module releases a column of trays which slides down to the point of dispensing. In parallel, the stacks of trays stored in the storage module move to the right, each occupying the place of its predecessor in order to give continuity to the dispensing chain.

It should be noted that its studied design, allows it to be integrated into any work units. 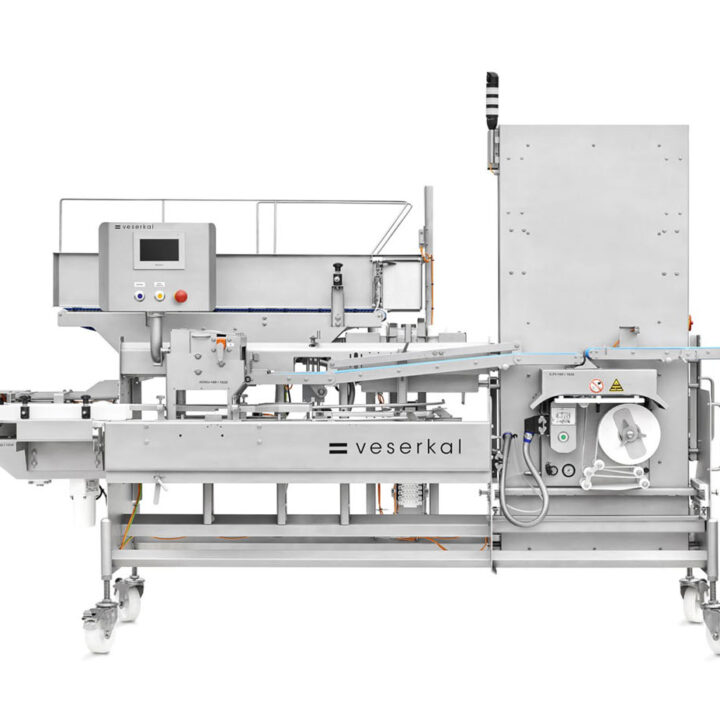